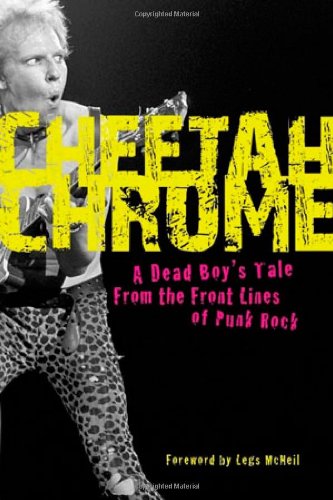 Here is the autobiography of Cheetah Chrome, lead guitarist of the Dead Boys, one of the greatest punk bands ever. It’s a tale of success--and excess: great music, drugs (he overdosed and was pronounced dead three times), and resurrection.

The Dead Boys, with roots in the band Rocket from the Tombs, came out of Cleveland to dominate the NYC punk scene in the mid-1970s. Their hit “Sonic Reducer” soon became a punk anthem. Now, for the first time, Cheetah dishes on the people he’s known onstage and off, including the Dead Boys’ legendary singer Stiv Bators, Johnny Thunders of the New York Dolls, the Ramones, the Clash, Pere Ubu, and the Ghetto Dogs, as well as life at CBGBs, a year with Nico, and more.

Straight from the man, these are the backstage stories that every punk fan will want to hear. Never mind the Sex Pistols, here’s Cheetah Chrome!