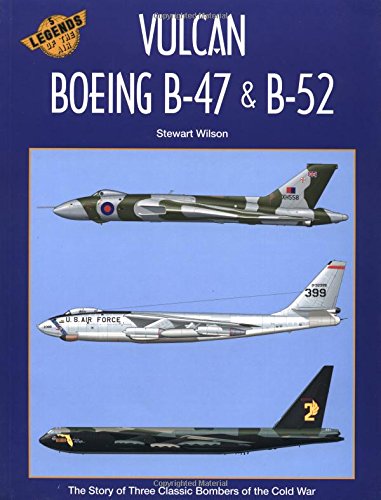 There had certainly never before been an aircraft of the design concept of the Vulcan with its incredible delta wing, aptly named the 'tin triangle'. Meanwhile across the Atlantic, Boeing had forged ahead with the then black art of high speed swept wing high altitude bomber design that culminated in the B-47 Stratojet, an aircraft that hopefully would be able to outfly the Soviet fighters of the time.

Almost before the B-47 was fully operational though its successor, the incredibly long ranging eight engined B-52 was airborne and preparing to become one of the legendary aircraft of the modern era. In fact, on present plans, this multi war veteran should still be flying in 2030, three quarters of a century after the prototype appeared!